Or make a one-time donation
Tweets by WesternContext
Western Context 285 – Ending One Era, Beginning Another

We talk about what the Queen meant to Canada, UCP candidates denounce Danielle Smith’s Sovereignty Act, and Pierre Poilievre becomes the new leader of the Conservative Party of Canada. 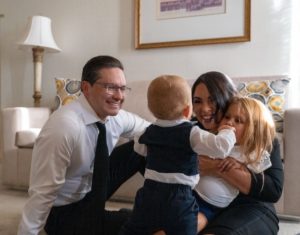 “We are one party serving one country.” – Pierre Poilievre on the CPC becoming a united Conservative party going forward following his leadership win. 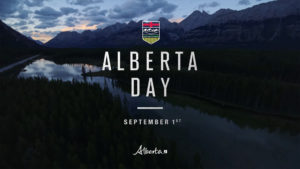 Russia’s actions show how important Canada’s Arctic is, BC spends $118M to support family doctors, and half of international students are still waiting for their visas. Also, an anti-semite is hired by the Trudeau government to preach anti-racism. 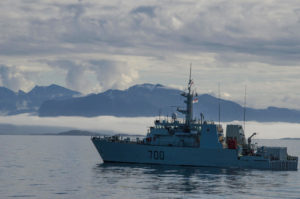 “We have provided notice to the Community Media Advocacy Centre (CMAC) that their funding has been cut and their project has been suspended. We call on CMAC, an organization claiming to fight racism and hate in Canada to answer to how they came to hire Laith Marouf, and how they plan on rectifying the situation given the nature of his antisemitic and xenophobic comments.” – Minister of Housing and Diversity and Inclusion Ahmed Hussen, distancing himself from an anti-racism initiative that he personally endorsed.

Alberta is Calling for people to move to the province, electoral redistricting could see Toronto lose a seat, and the BCGEU strike forces rationing at BC liquor stores. Also, the Bank of Canada governor Tiff Macklem blames worker wages for inflation. 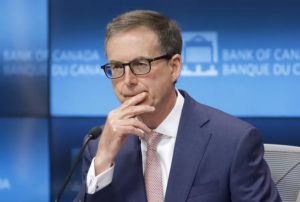 A BC NDP MLA faces a recall petition, sparse reasons emerge for the Emergencies Act, and Telus wants to charge consumers even more. Also, the RCMP has used spyware for decades to track Canadians. 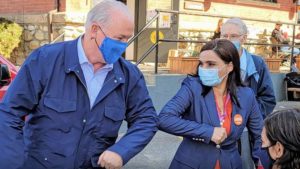 “All three of our telecom providers … have reported increased profits, increased revenue and increased customers for 2021. They are doing better than ever. This is just another way to raise our bills through shady practices and extra fees and adding things on top so that we are paying even more than we already are.” – Rosa Addario, spokesperson for telecom watchdog OpenMedia on Telus’ plan to add a surcharge on cell phone bills paid by credit card.

Court documents reveal no basis for Trudeau’s travel ban, Canada bans the importation of handguns, and fake outrage emerges over Alberta’s provincial police future. Also, while Trudeau is on vacation, there are plenty of other things to criticize him for.

“[The Trudeau] government’s apparent abandonment of Ukrainian embassy employees ahead of Russia’s invasion in February; its continuing abandonment of Afghans who worked for the Canadian government; its enduring and expensive fidelity to COVID-19 theatre; the lack of clarity surrounding allegations of political interference in the RCMP probe following the 2020 Nova Scotia massacre; the federal government’s failure, months later, to publicly provide persuasive evidence justifying its invocation of the Emergencies Act during the trucker convoy crisis; and Mr. Trudeau’s capitulation in returning natural gas turbines to Germany despite Russian sanctions.” – Globe and Mail columnist Robyn Urback, detailing reasons other than a vacation to be concerned with Trudeau’s government.

The cost of Coastal Gaslink rises to $11.2B, Travis Toews highlights economic policy in the UCP leadership race, and a climate activist group deflates SUV tires in Victoria. Also, Toronto and Montreal airports are named the worst in the world for delays. 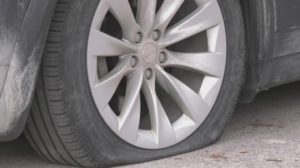 “Toronto’s Pearson Airport is a special circle of hell. The worst airport experience ever.” – A random air traveller from Florida, on our Canadian airport effectiveness.

Danielle Smith’s leadership campaign could change the UCP and Alberta, BC Ferries fires its CEO after many cancelled sailings, and Trudeau pushes for a reduction in fertilizer usage. Also, glitches in the ArriveCAN app cause more delays for travellers.

“The app is something that is not efficient. It doesn’t make us any more safe. In fact, it could lead us to being less safe as we move to more automation as people are coming into our country. It’s worthless in terms of public safety. [The app is] also branding us as an unwelcoming destination. Our branding right now as a country of a destination is being destroyed.” NDP MP for Niagara West Brian Masse, on the failures of ArriveCAN.

A Rogers outage shows the need for telecom stability, Jean Charest promises a fair deal for Alberta, and the Premier’s summit provides no fix for healthcare. Also, Trudeau’s internet censorship Bill C-11 gets opposed by the US. 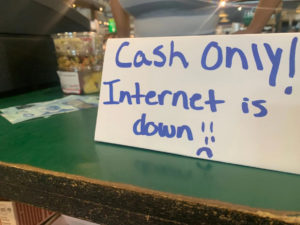 “Alberta went through a tough time from 2014 onward, and there was no acknowledgement or recognition of that. It’s the federal government’s job to keep the country together and make sure every province is part of what we are planning and developing. And that’s not happening with the Trudeau government.” – Federal Conservative Leadership Candidate Jean Charest on Justin Trudeau’s division.

We celebrate Canada Day when the media doesn’t, BC Premier John Horgan is retiring, and Alberta posts a $3.9B surplus. Also, a new online tax in BC could make businesses uncompetitive. 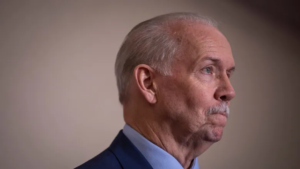 “Thank you to the ever-capable Premier John Horgan for everything you have done for British Columbia and Canada. We may have our differences, but I’ve always enjoyed and appreciated working with you to help make a difference in our provinces. I am proud to call you a friend.” – Saskatchewan Premier Scott Moe on Horgan’s impending retirement.