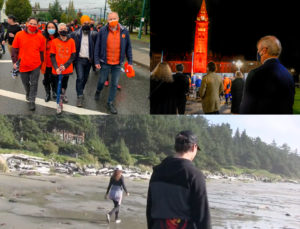 A First Nations band in BC refused to evacuate, the Alberta Finance Minister isn’t concerned with an interest rate hike, a survey finds 71% of Canadians disagree with the Khadr settlement, and the media ignores NDP candidates extreme views on capitalism.