Canada could send tanks to Ukraine, but are they operational? We detail the problems with Canada’s catch and release criminal justice system, and phantom emails from the UCP create controversy. Also, yet another Liberal minister has ethics problems. 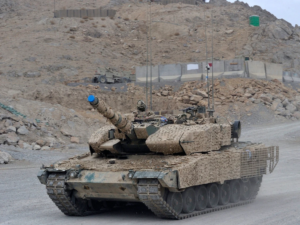 “I would say that catch and release works well when you’re fishing. It doesn’t work so well when you’re dealing with serious offenders.” – Saskatchewan premier Scott Moe on the differences between fish and criminals.