David Lametti relied on fake news to invoke the Emergencies Act, a BC committee agrees to replace the RCMP, and the Winnipeg lab scandal documents are redacted. Also, the RCMP decided not to charge Trudeau with fraud because he is the Prime Minister. 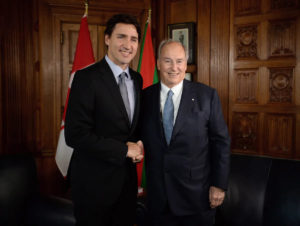 “It is unclear whether Mr. Trudeau can be prosecuted under section 121(1)(c) of the Criminal Code, since the section has a provision which allows officials to accept benefits from individuals with government dealings, provided the official has the written consent of the head of their branch of government. An investigation and prosecution under this section may not be in the public interest if it cannot be definitely determined whether or not Mr. Trudeau can simply provide consent to himself.” RCMP Corporal Michael Kiperchuk, in a briefing note to his superiors on the conclusion of his investigation into Prime Minister Trudeau’s alleged fraud during the Aga Khan scandal.